In Inferential Statistics, there are ways to test and validate our results from an experiment. These methods are called Hypothesis Testing and it can be categorized into two parts.

Parametric Testing: This type of tests make assumptions about the Population parameters and the distributions that the data came from. These types of test includes Student’s T tests and ANOVA tests, which assume data is from a normal distribution.

Non- parametric Testing: Non-parametric tests are used when there is no or few information available about the population parameters.

To find test statistics, we can use the below formula.

Z test can be done if the below 3 points are satisfied:

Example:
1,500 women followed the Atkin’s diet for a month. A random sample of 29 women gained an average of 6.7 pounds. Test the hypothesis that the average weight gain per woman for the month was over 5 pounds. The standard deviation for all women in the group was 7.1.

To test: Test the hypothesis that the average weight gain per woman for the month was over 5 pounds.

As the confidence/significance level is not given then we can consider it as 95% confidence level.

So we accept the Null Hypothesis.

If the sample size is <30 i.e. n<30 then those samples are considered as small samples.

The methods used for small samples can be used with large samples. But the vice versa is not appropriate.

Per Central Limit Theorem, the distribution will become normal when the sample size increases.

With a small sample the distribution may not be normal, even if it looks normal it is not more like a bell curve as a normal distribution.

When sample size is 30 or less than 30 and the population SD is unknown, then we can use the t-distribution.

A company wants to improve sales. Past sales data indicate that the average sale was $100 per transaction. After training the company’s sales force, recent sales data (taken from a sample of 25 salesmen) indicates an average sale of $130, with a standard deviation of $15. Did the training work? Test your hypothesis at a 5% alpha level.

Look up 24 degrees of freedom in the left column and 0.05 in the top row. The intersection is 1.711.This is your one-tailed critical t-value.

The calculated value is greater than T value 1.711

Test Conclusion: We fail to accept the null hypothesis.

In this article we learned about the basics of Hypothesis testing and 2 types of testing: Z-Test & T-Test.

We will see in another interesting article for hypothesis testing. 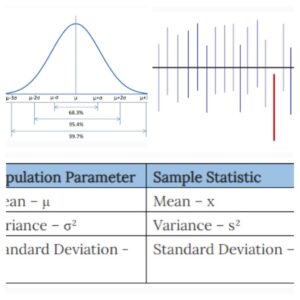 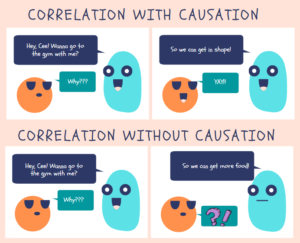